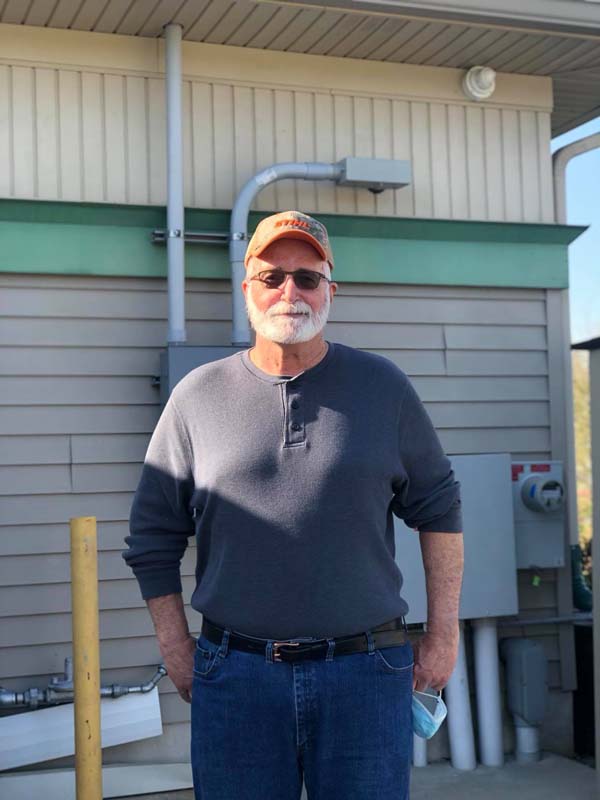 Chuck Wible was raised in LAC Township on a grain and vegetable farm. There is father also raised Hereford steers. Chuck graduated from Salem High School where is was outstanding in baseball. Chuck played on the South Jersey All Star Baseball Team. Chuck then went to Glassboro State College, now known as Rowan University. There he majored in Geography.

Chuck has one daughter, Martie Buzby and one son, Charles John Wible. He was an insurance/investment advisor from 1982-2005. In 2007 Chuck changed his career and went into the social work field when he began working for the Cumberland County Office on Aging, Cumberland Manor, and the Cumberland County Board of Social Services. In 2017 Chuck retired, but continued hay farming on the family farm.

Chuck began working with Meals on Wheels through our partnership with Appel Farm. He helps to deliver the meals to the various volunteer locations throughout the county. He will also be helping to lend his expertise in the garden this year.